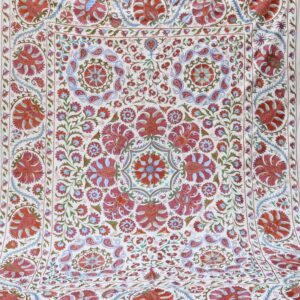 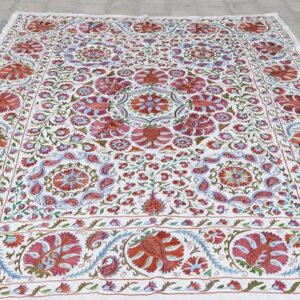 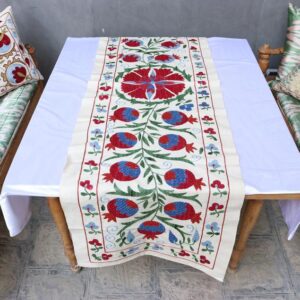 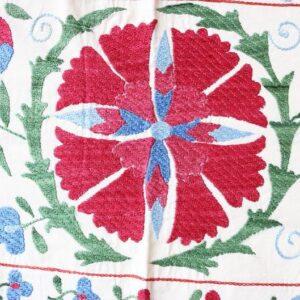 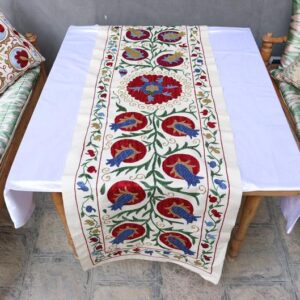 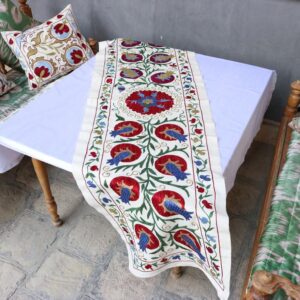 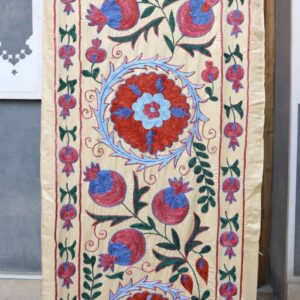 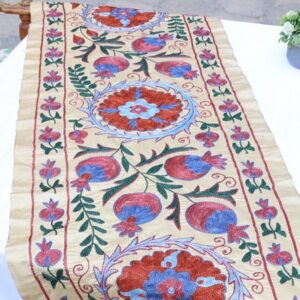 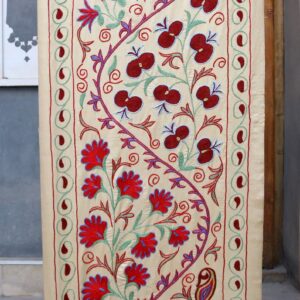 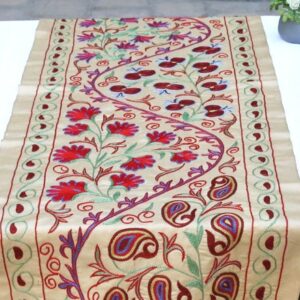 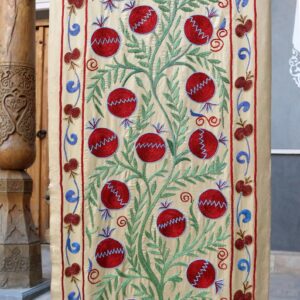 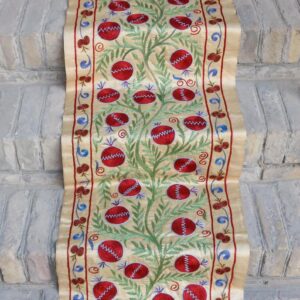 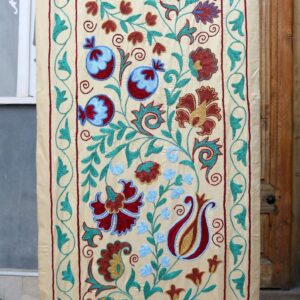 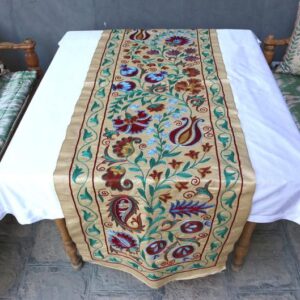 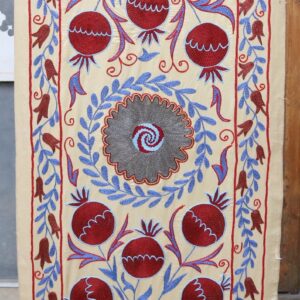 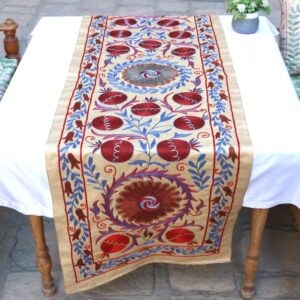 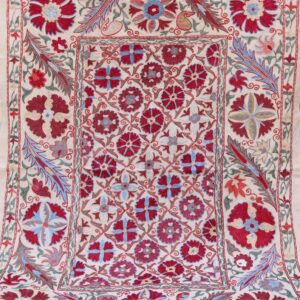 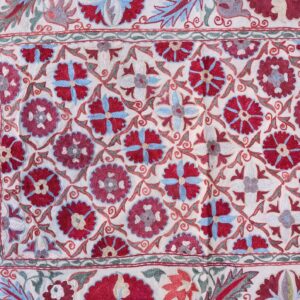 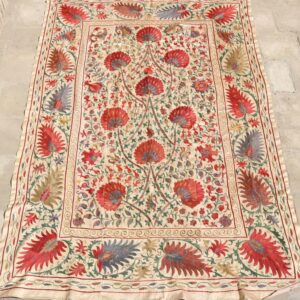 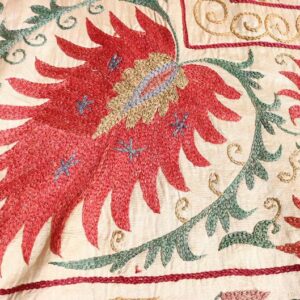 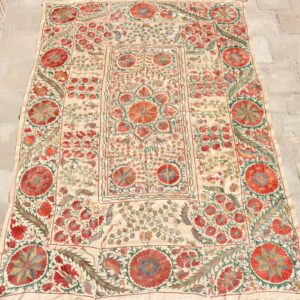 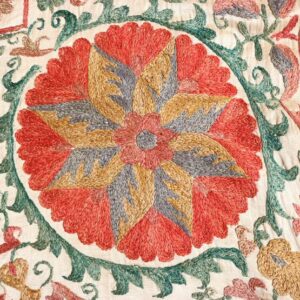 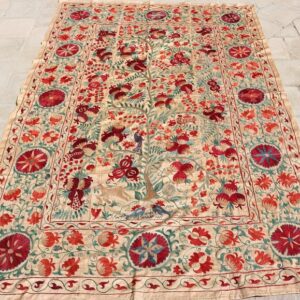 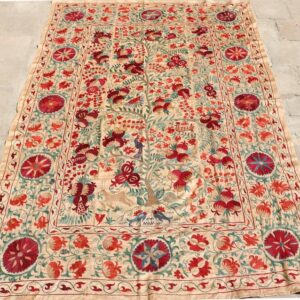 Have you ever seen those mesmerizing panels called Suzani, hand-embroidered by craftswomen ? Have you ever looked closely at the colourful stitchings which contrast with the luminous natural surface of the silk or cotton base?

A suzani is a large, hand-embroidered textile panel; the word itself comes from the Persian word “suzan”, which means needle. Originating from nomadic tribes in Uzbekistan, Tajikistan, Kazakhstan and other Central Asian countries, suzanis have become highly collectable and valued for their beautiful decoration and fine craftsmanship.

The primary use of a suzani was within the yurt (a Central Asian nomadic tent), as a protective wrapping panel for textiles and belongings, as bed cover or sheets, covers for windows, as prayer mats.

Suzanis’ main function was – a talisman that was hung inside the house opposite the front door, it was supposed to take away the negative energy of the man (a husband), and everyone else, entering the house.

Suzani was made in a special way. Suzane embroidery was a type of meditation for women who were sitting at home, they expressed their thoughts in this way, moved away from everyday affairs and problems.

By the way, when the matchmakers came to the girl’s house, they did not see her herself, but they were shown her work, suzane embroidery, in which she expressed her essence, her vision of the world, her upbringing, her occupations.

So we might say that Suzani is a spiritual element of interior design and your home decor.