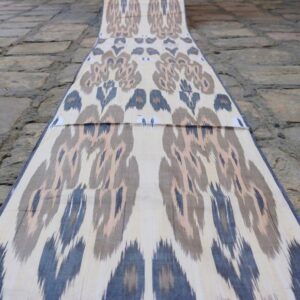 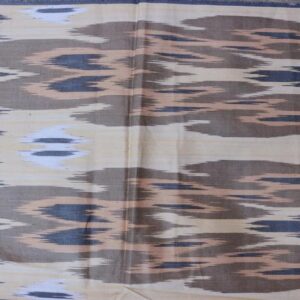 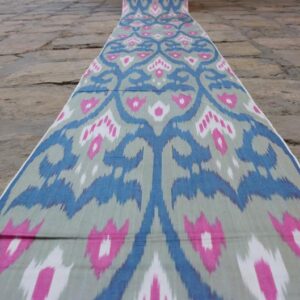 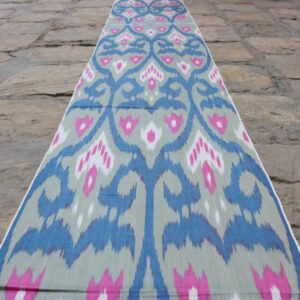 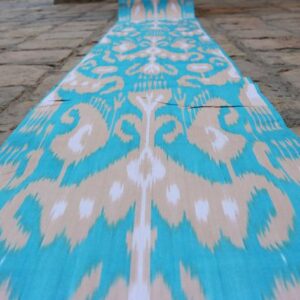 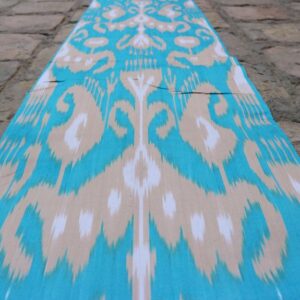 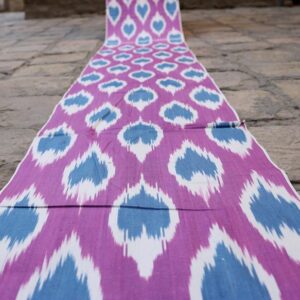 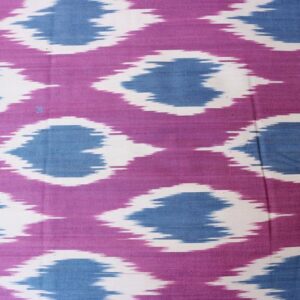 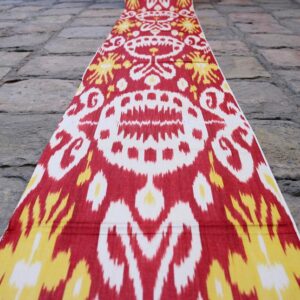 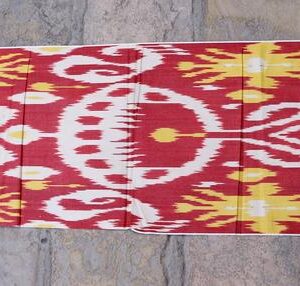 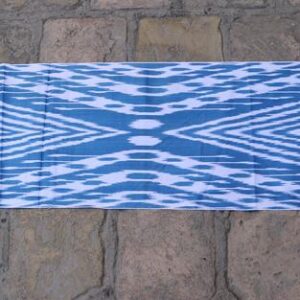 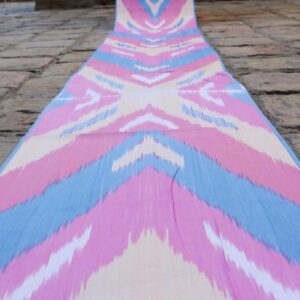 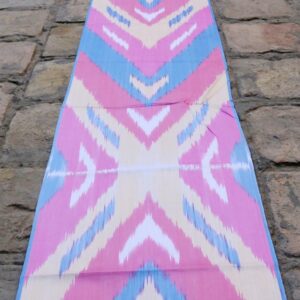 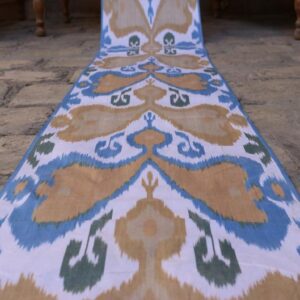 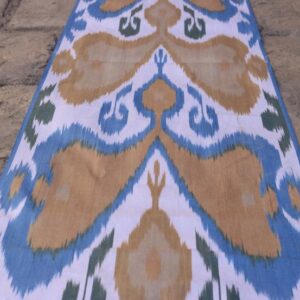 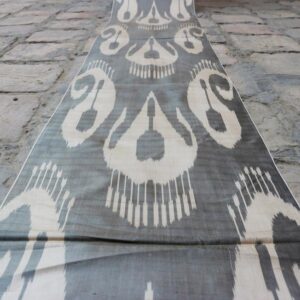 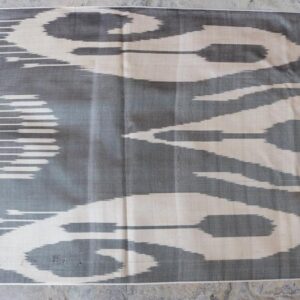 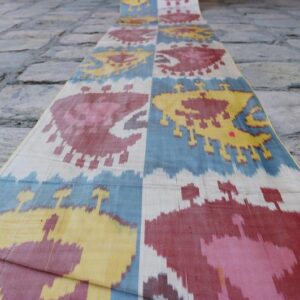 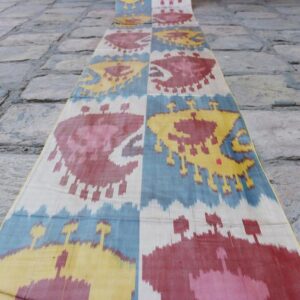 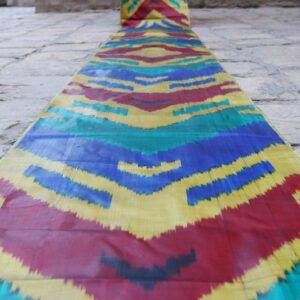 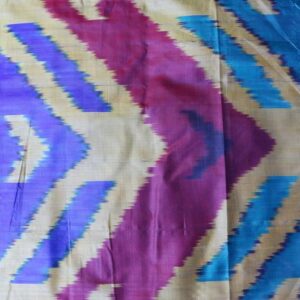 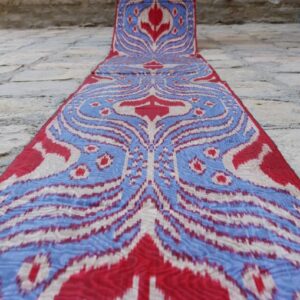 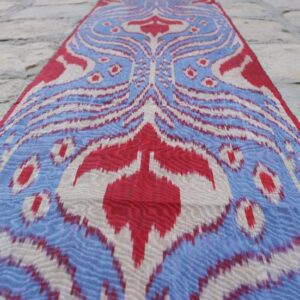 What is so special in Ikat fabric – unlike batiks and other textile techniques, ikat yarns are dyed before they are woven into the cloth, making for a very complicated but beautiful process.

A characteristic of ikat fabric is an apparent “blurriness” to the design pattern. The blurriness is a result of the extreme difficulty the weaver has to deal with when lining up the dyed yarns so that the pattern comes out perfectly in the finished cloth. The blurriness can be reduced by using finer yarns or by the skill of the craftsperson. Ikats with little blurriness, multiple colours and complicated patterns are more difficult to create and therefore they are often more expensive. However, the blurriness that is so characteristic of ikat is often prized by textile collectors. You have to be incredibly skillful to become an ikat artisan!

Notably, pre-weaving dyeing techniques developed independently in regions all around the world— the South American Andes, the Middle East, and all throughout Asia—over the past two millennia. But the strongest concentration of ikat textile production was in Indonesia, where the ikat technique took its name from Malay word “mengikat”, which means “to tie.”

Ikat fabric has reached the Western world in the 20th century via Dutch traders in Southeast Asia and travelers along the Silk Road (the region that is now Uzbekistan was another hub for the technique, where it is called “atlas” by the Uyghurs.)

Ikat fabric has traditionally been used in a variety of products, from clothing to funerary shrouds to wall hangings. Today ikats fabrics are often incorporated in clothing and home decor — draped over a sofa, chair or bed, or even as a wall hanging. Ikat textiles also used to make pillows; they add a beautiful shot of pattern.